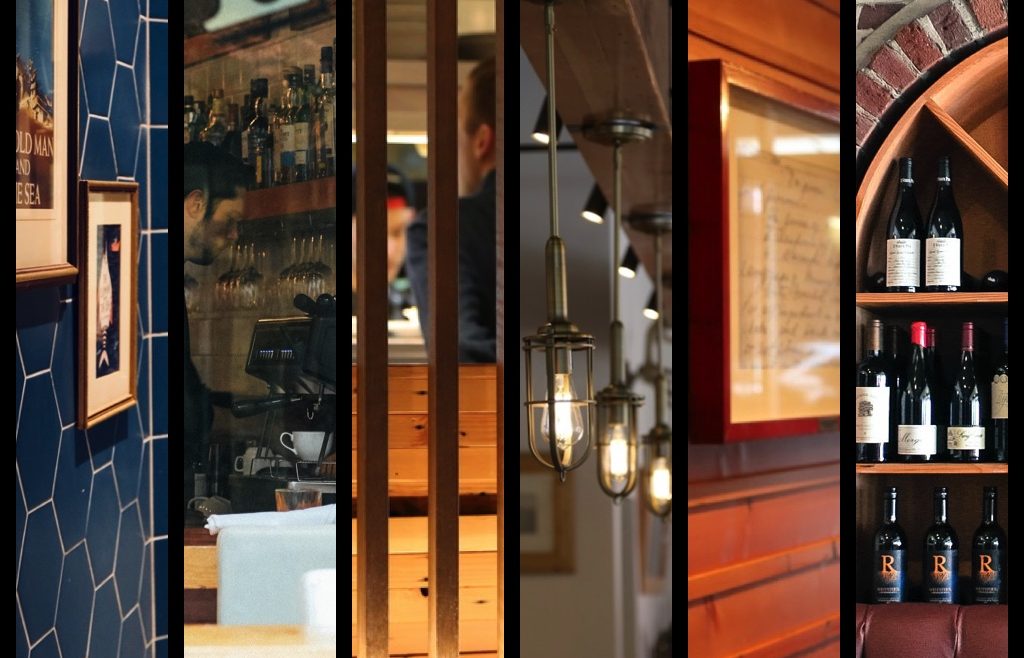 With social distancing being recommended by both federal and provincial health authorities, the health and safety of our guests and employees continues to be our highest priority.  We have decided to close our doors in both Vancouver and Victoria until it is deemed safe to reopen.

Over the last 10 years, as a family-owned and small business, we have faced many challenges. Like our friends and colleagues across the Province and Country, we will be looking to the government, landlords, and suppliers, for support during these difficult times to help us overcome this one.

It is everyone’s responsibility to help stop the spread of this virus and flatten the curve and we encourage everyone to do their part. We thank you for your patience as we tread through these unprecedented waters.

We look forward to reopening our doors when the time is right for you and for our staff.  In the meantime, please stay safe and take care of yourself and each other. 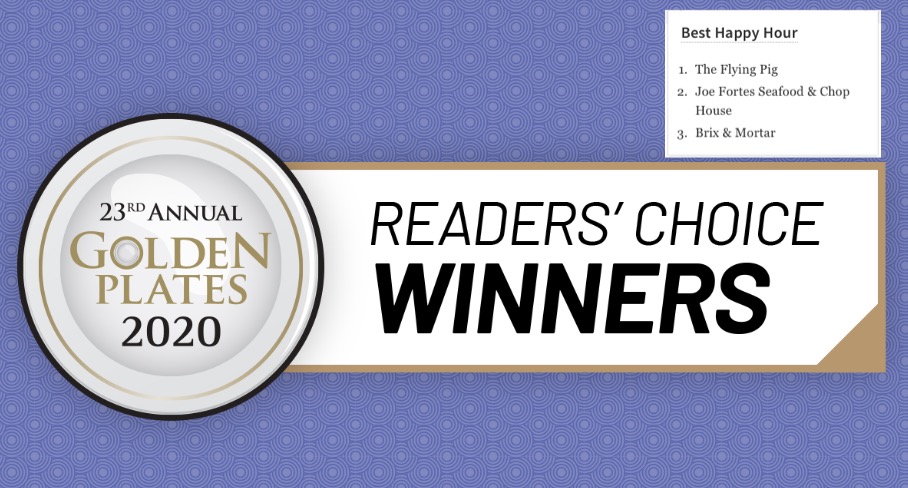 We are extremely honoured to be in such great company with Joe Fortes and Brix & Mortar in this category. We love what both restaurants do and are continually inspired by what they share with their guests.

We hope you come check us us out soon and in the meantime you can read this link to the award page for Golden Plates.

Thanks again for all who voted for us in this year’s edition. 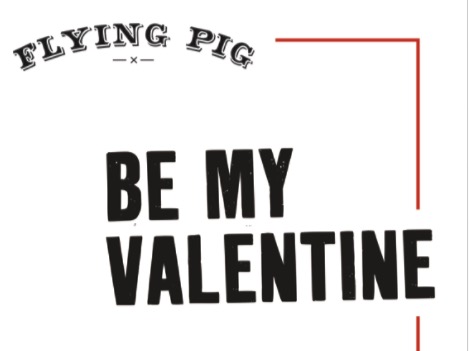 Victoria – Join us for Valentine’s Day

Our regular a la carte menu will also be available!! 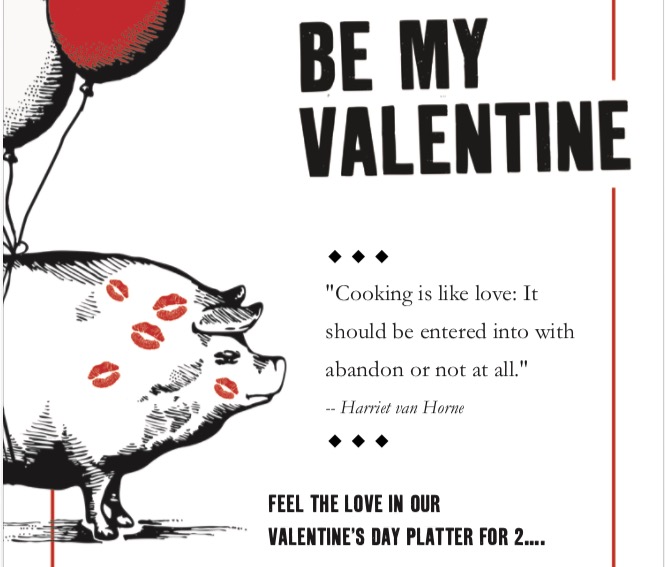 Its that time of year again to share a little love and what is better than our Valentine’s Platters for Two.

Share your love of food with the one you love and enjoy these great offerings in our Vancouver locations.

Our regular a la carte menu will also be available!!

Reserve Now at your favourite location

Lunch 45 available at all Vancouver locations

The Flying Pig is happy to offer a new menu specifically designed for those looking for a quick lunch. In and out in 45 Minutes!!

We compiled some of our crowd favourites that can be quickly prepared and have you on your way as quickly as possible. We’re sure many of these will become your go-to lunch options. Come see us early while quantities last.

(in and out in 45 minutes)
Available 11am to 2:30pm, Monday thru Friday while quantities last

Dine Around & Stay in Town, Victoria is set to launch January 17 and run through to February 2.

The Flying Pig Victoria is proud to participate again this year with our special $30 menu and optional wine/beer pairing suggestions.

Make a reservation to join us as soon as you can to ensure you get the time and date you really want.

Its that time of year again to enjoy the annual festival of dining that Vancouver has come to love.

This year, all locations of The Flying Pig in Vancouver are participating in the event. Check out our menu below for $35 per person and the suggested wine pairings we are offering for you to add on. Then make a reservation at your favourite location as soon as possible to avoid disappointment. 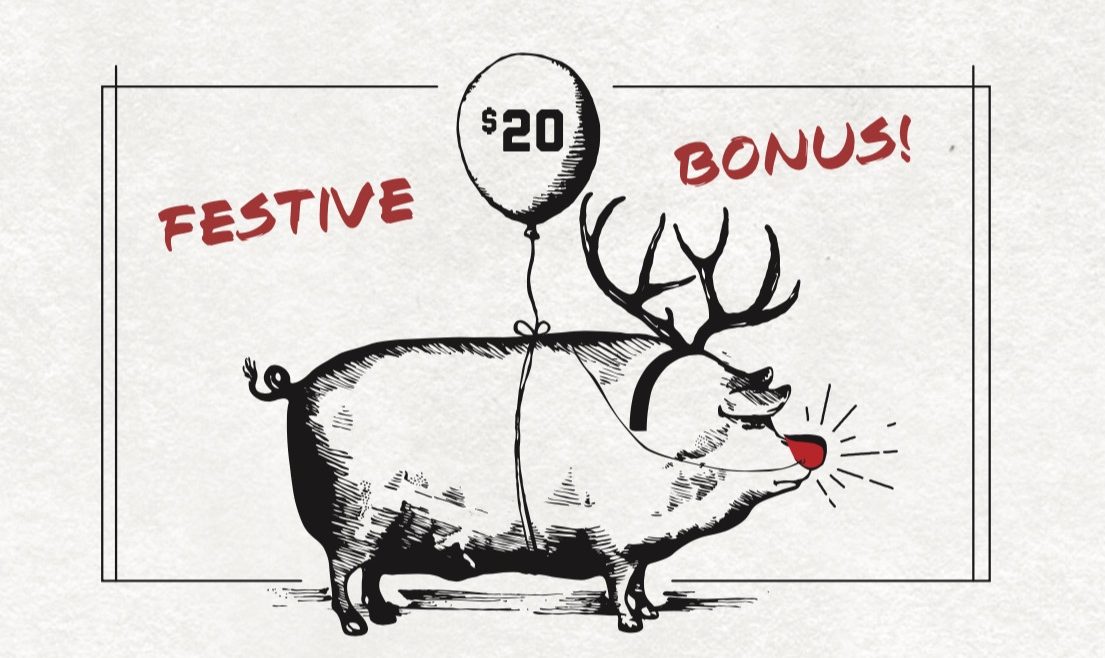 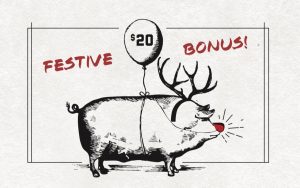 Its that time of year to give a little back to our guests!

From November 1 to December 23 we are offering a $20 bonus card for every $100 Gift Cards purchased.

Gift Cards are available in any amount. Stop by any of our locations to get yours today. (and save the bonus for yourself to redeem in the new year.) 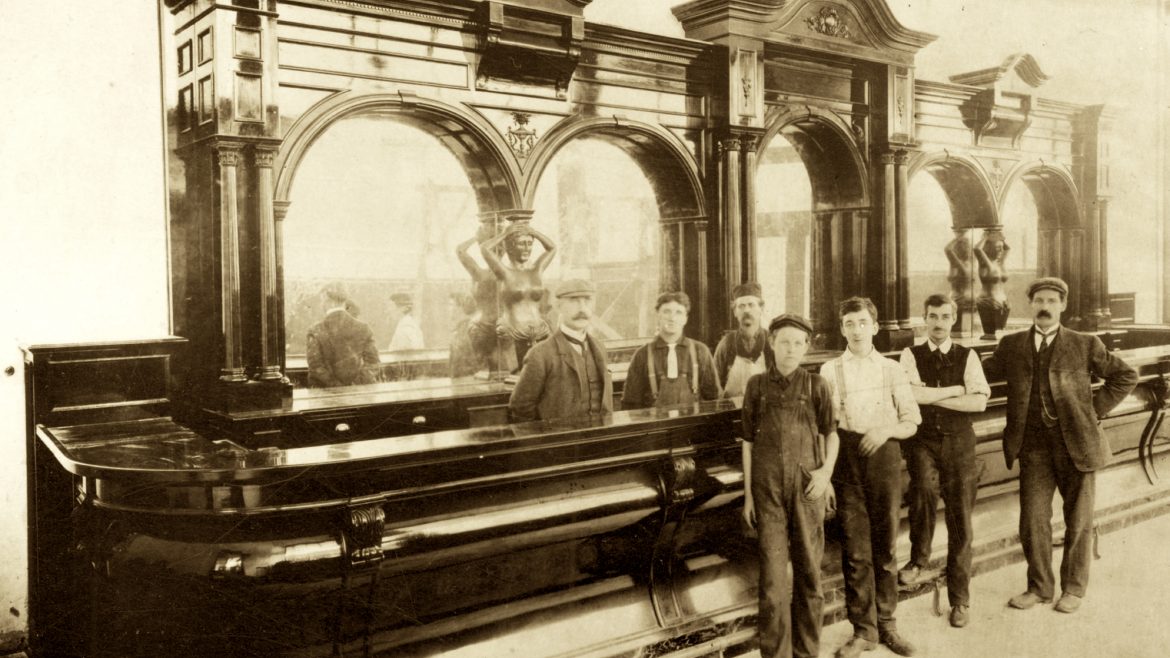 Our Gastown location of The Flying Pig is in the historic Winter Hotel, originating from about 1906/07.

We recently uncovered some photos and information that shows the original hotel bar was located in the same space as the restaurant is currently located.

In 1908 the hotel was described in glowing terms in the Greater Vancouver Illustrated publication.

“Hotel Winters was designed and was erected specially for a hotel replete with every modern and up-to-date convenience known to the business. It is constructed of red pressed brick, with cut stone trimmings. The lobby, buffet and reading room are laid with mosaic tiling, the lobby having a lofty ceiling and being a spacious and well-lighted room. The furniture is of golden oak, with which the trimmings are In perfect harmony.

There are one hundred and twenty luxuriously appointed rooms in the hotel, a part of which are en suite, fifty of the apartments provided with private baths. All rooms are exceptionally well lighted and airy, are provided with steam heat, hot and cold water, telephones and such other modern conveniences as are usually found in the best and most modern hotels.

The dining room is large, beautifully lighted and elaborately decorated, and has walls and ceilings paneled with heavy plaster staff relief work. The service is of the very best, and guests pronounce this one of the most satisfactory places to dine that can be found In the city. 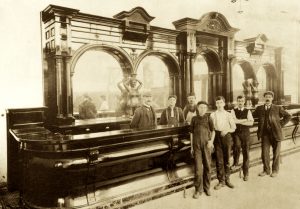 The hotel is conducted on the American plan and rates are reasonable, considering the high class accommodations secured. The proprietors of this excellent hostelry are A. M. Winters who built same, and after whom It Is named, and Thos. Stevenson, the latter being the active manager.

Mr Stevenson was for several years manager of the Dominion Hotel, Victoria. Of Scotch decent, he possesses many qualities which make him most popular with the traveling public, and there Is probably no hotelman In Western Canada who possesses a larger acquaintance. nor one more efficiently equipped to conduct a thoroughly modern, high-class hotel.”

Mrs Winters seems to have done well enough with the hotel, which was $1 a day on the European Plan but $2 on the American Plan (with meals). In 1911 she had Somervell and Putnam design a house for her in Point Grey, although successfully avoided the census that year.

Its great to know that this location has a remarkable historic background and the space we occupy has hosted so many guests over the years.

Click here for Before and After Views of our bar. 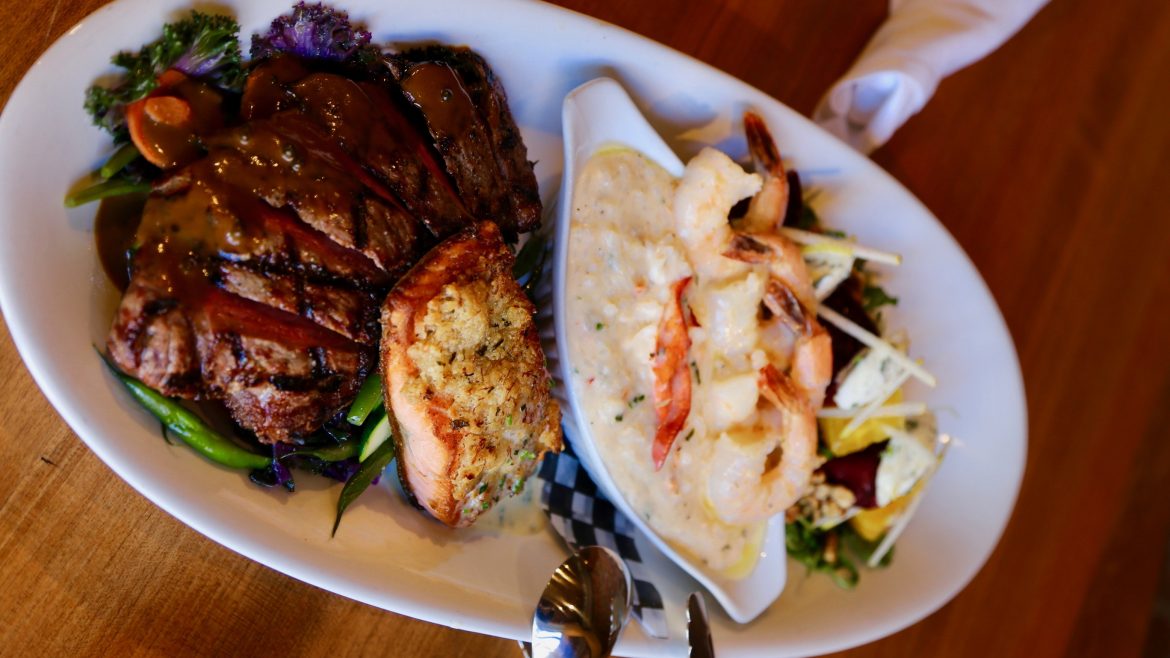 Will You Be our Valentine?

Let our Valentine’s Platter for 2 do the talking

The Flying Pig will be offering a romantic and sumptuous Valentine Platter for 2 this Valentine’s Day. Its our romantic take on a classic Surf and Turf, with ‘AAA Alberta Striploin, Lois Lake Steelhead Trout, Lobster and Prawn Risotto and our famous Organic Beet and Chèvre Salad. Our regular menu will also be available.

Give us a call or book online as spaces are filling up fast. (click the image below to book online)

All locations of The Flying Pig will be accepting reservations for Valentine’s Day dinner this Thursday February 14. 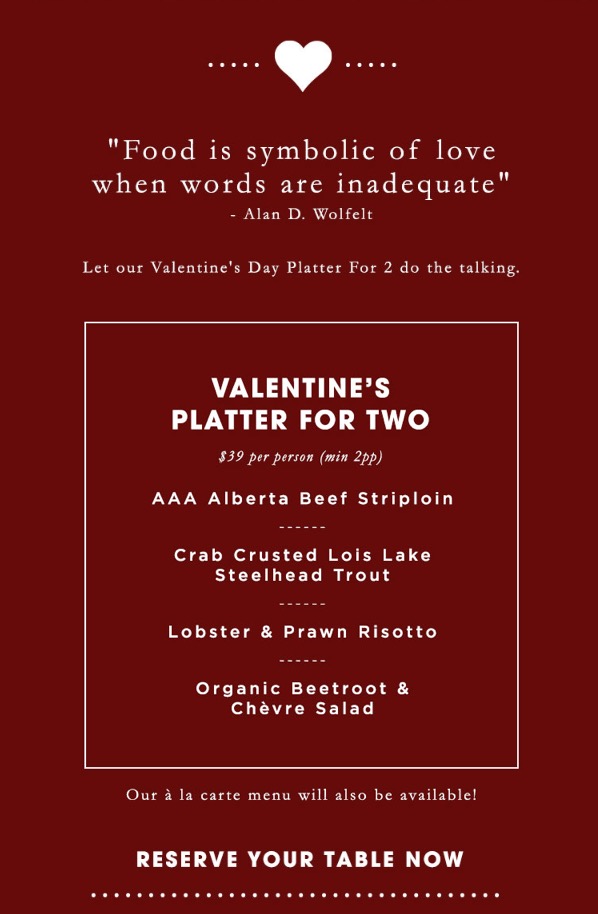